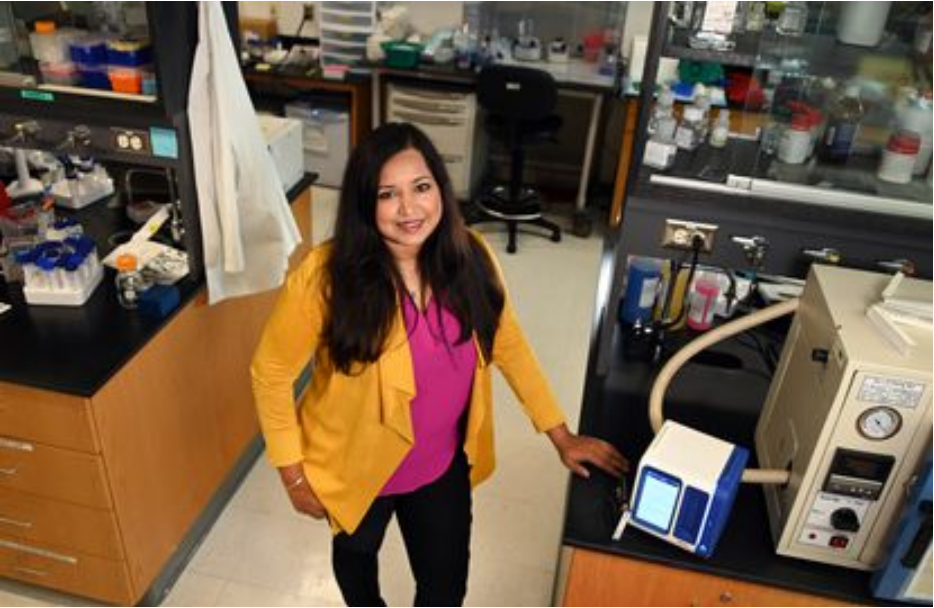 Andrea Pais is the co-founder and CEO of Novel Microdevices, a developer of diagnostic testing systems.

Growing up in South India, Andrea Pais saw firsthand the need for portable, rapid testing for all sorts of illnesses — especially in remote areas of the country, which she said sometimes are days away from the nearest hospital. It drove the 37-year-old Baltimore-based entrepreneur to co-found Novel Microdevices in 2015 and begin developing a testing system, Novel Dx, for sexually transmitted and respiratory infections. In April, her startup received a $13.8 million investment from CARB-X, a global nonprofit that researches and develops preclinical products against drug-resistant infections. Novel Dx could one day be available, Pais hopes, to test for everything from antibiotic-resistant gonorrhea to COVID-19, especially for women and underserved communities from Baltimore to her hometown, Belgaum, in the state of Karnataka. “A device like [the one] we are developing could go a long way in making healthcare diagnostic testing more accessible in those parts of the world,” Pais said. Pais moved to Maryland in 2009 after attending graduate school at the University of Florida. Now a resident of Ridgely’s Delight, she has lived in Baltimore since2017.Her talents are not limited to rapid molecular diagnostics: Pais is an award-winning songwriter. Between her previous job at Columbia-based SB Microsystems and launching Novel with her brother, Pais spent two years pursuing a career in music. Her original piano ballad, “Chasing Forever,” won an award in the Songwriters Association of Washington’s 2013 Mid-Atlantic Song Contest. The video has racked up 5,500 views on her YouTube channel, which also features covers of The Beatles and Whitney Houston. “Music and engineering are somewhat closely related, in my opinion,” she said. “Both of them involve a similar type of creativity.”